This afternoon, I tried looking for the charger of my old trust digital camera a Sony M-2. Despite it is only 5.1 megapixels, it can really take some nice shots too. Although it has grainy and red-eye tendencies. But Those can be resolved by photoshop anyway! 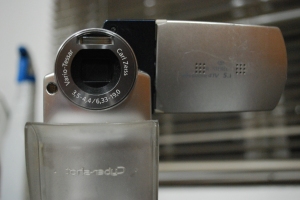 I miss using it because it’s very portable not that my dSLR is not but, Aki is really heavy specially whenever I bring my 55-200mm lens (which I bring just in case I see something fancy and I want to take a picture of it). It can also take pretty decent videos but nothing beats HD video cameras (except for some dSLRs which can take video too. haha!). Sad to say, I wasn’t able to find the charger and I think the charger for its battery is not being sold anymore (need to do field research on this).

Due to my fail search for the charger, I really got into thinking what if I just buy a new camera? I have been eyeing some cameras anyway. Take for example, the Diana F+

I have been wanting to have one since 2009 and even when I had the money to buy it, I simply didn’t because it’s really expensive, I might accidentally destroy it (since it’s a toy-ish camera) and I don’t think mother will support me because film plus having the film processed will be expensive. So there goes my dreams on having one…until I wake up one day with it. But what are the odds of that, right?

I also saw this cute toy TLR camera called the “Blackbird” which really reminds me of the Gakkenflex(left). It really attracted me because it looks different from the usual toy cameras it has that vintage-y feel. Three problems though,

first, it’s more expensive than a Diana F+, second, it looks rather bulky and, third, I’m not even sure if it’s being sold here in the Philippines! 😦 When will our country be as awesome as Japan and Hong Kong with their plethora of cute but sometimes useless stuff? 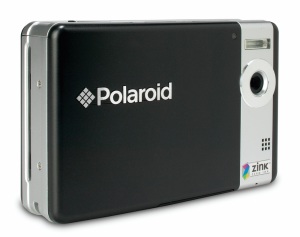 got this from the Polaroid site

Polaroid PoGo Instant digital camera. I don’t mind the expensiveness of it ($200) because unlike the toy cameras, it’s digital AND it can also act as a polaroid. Neat isn’t it? I saw one in Rockwell the other day but we were rushing so I wasn’t able to have a closer look at it but it really looks sleek. I wonder though if the quality of the image would be nice when printed out, and of course even when it’s stored.

Well, to be honest, this is like the 10th time I have considered getting another camera so I don’t need to bring my dSLR even on regular days when I’m not so sure if I’ll even use it. Some weeks from now I bet I wouldn’t even be thinking about it because I’d probably realize that I should rather invest on my dSLR, like get more lenses, my own speedlite and other stuff I need. Ohwell. I guess until I get all the stuff that will make me happy with my dSLR, I shall not think about these other cameras. Haha!

Search for My Next Camera!