Second week of JTA sem was overwhelming towards the end of it. It was still, overall, a fun week of sorts.

First. Dominic, Gianna and I went to Eastwood for the celebration of the birthday of Domz. It was just a fun gathering of some of us in the block free that time. Really missed Fazoli’s! Domz, Camae, Janine and Justin were there.

Second, the meeting with Krista and Josh for ACTM’s 1st GA StratComm plan was really light and not as difficult as I expected it to be. and in a way, I’m kinda scared that maybe we didn’t do mega in-depth, but I’m satisfied with the plan. The phrasing of different parts could’ve been better, but didn’t know how to improve those. Haha!

also cute how the three of us own the old macbook white!

Tuesday, I had a meeting at night. And I’m just so happy that our meetings will just be 6-9PM once a week. I just need to find a way to tell my mom about it. The feeling of being part of the team is still kinda bittersweet and I will further go into it later on. For now, I find comfort in knowing that I’ll be with 2 ComTech friends. Beng and Ingrid! 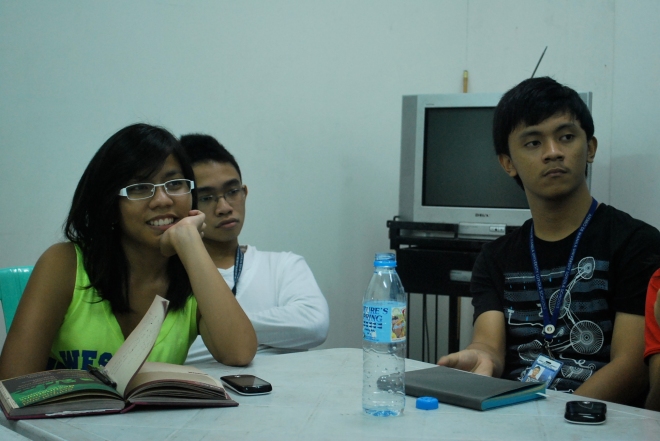 Wednesday, OpMan meeting the whole day with my groupmates.

Thursday, I was in school 6:30am because we were coding. Sad thing, my 10am class ended up to be a free cut because my prof was sick. During lunch, I wanted to go to Starbucks for the Happy Hour. As we were about to leave JSEC, I saw one of my High School orgmates (and in fact the orghead when we were in Senior Year) who went to Canada. Hi Marvin!

We first went to the Starbucks beside Cantina and, as expected, there was this freaking long line so we decided to walk to the one beside Rustan’s. I was quite positive, actually, that there would be barely any line there. And I was right! Haha!

Went back to school and stayed in JSEC. CS175 after which was really fun. I learned new stuff one can do in Photoshop! haha! Finished early so I decided to take pictures of people. Hi Mai and Sarah!

When I arrived home I was sick-ish but didn’t tell anyone in the house because that would’ve meant I wouldn’t be able to go to the mini PlanSem.

Friday, CRAZY DAY. Tried to finish Finance but it was just impossible! Will really miss sir Mike! I hope he can be our teacher for Finance, for good.

That night, I went to a sort of PlanSem. You see, I actually have 3 PlanSems this weekend and I was supposed to be able to go to 2 out of 3. But because I got sick, was only able to go to one. Before anyone can hate on me, the one I went was because it wasn’t out of the way in a sense. It was just there in school so I decided to sleepover and just wake up in time for class. I didn’t want to hassle my mom to fetch me late at night then bring me to school quite early in the morning. So I’m really sorry ASLA and ACTM 😦 Doesn’t mean I love guys and girls any less 😦 The circumstances were just against it.

Saturday morning, woke up early thanks to the phone calls of Gianna and Maia! Sad that Diana had to leave because she has a MEA PlanSem. 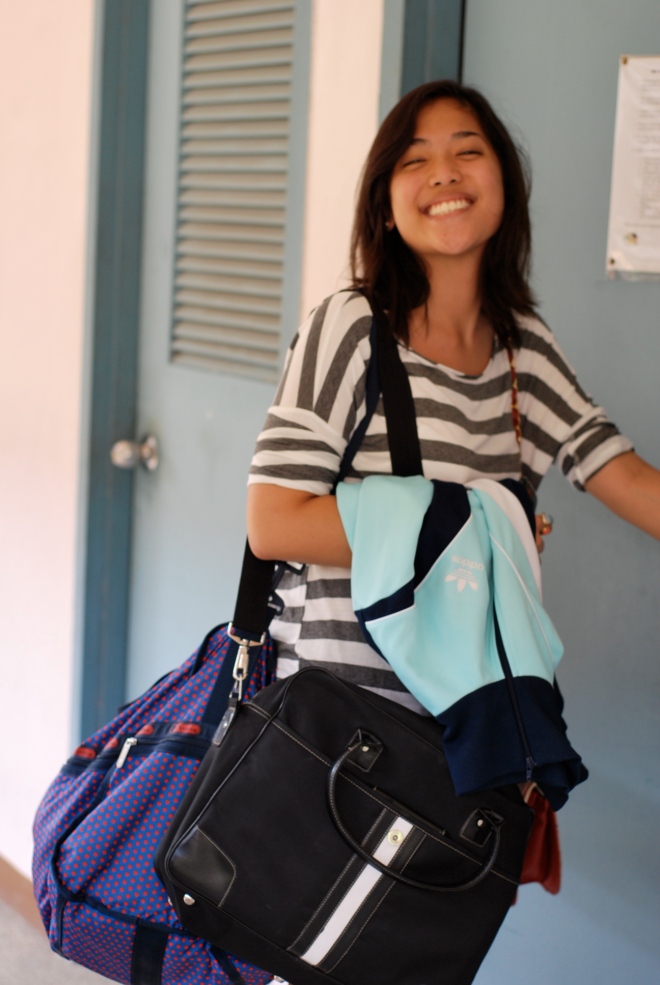 Before I left the RecWeek peeps, Charla got someone to take a picture of us. Sadly this isn’t a complete photo. 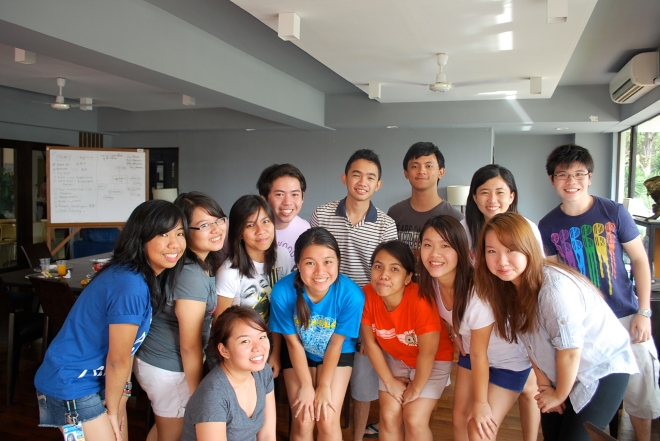 Scared of what’s ahead of me but I really believe that with optimism and faith in God, and a lot of coffee and milk tea, we’ll be able to make a fun fun fun fun you will look forward to the RecWeek event. Prayers for an even more successful one this year please!

I attended class after and after that I realized something funky…

the bun of the filet-o-fish burger of McDo looks so odd! Haha! That’s it for this week! 🙂