Yesterday, January 28, 2012, the first ever Camp IMC (Integrated Marketing Communications), organized by the Ateneo Association for Communications Technology Management, was held in Ateneo. It was a really awesome way to learn about IMC because not only did the participants learn from 4 individuals who all had a nice take on IMC, we were also given a case and make an IMC pitch. I like how the awesome project heads Fara, JV and Kit injected a social dimension to the whole thing through the cases. It’s what I’ve always wanted, really, for the org to have a CSR aspect directly connected to IMC.

To the future Executive Committee, perhaps, the CSR project of the org, rather than be a one-time thing educating others about IMC, how about looking into social institutions, much like GKnomics, and see how there is an IMC need for them? Make it a year-long partnership, if possible. 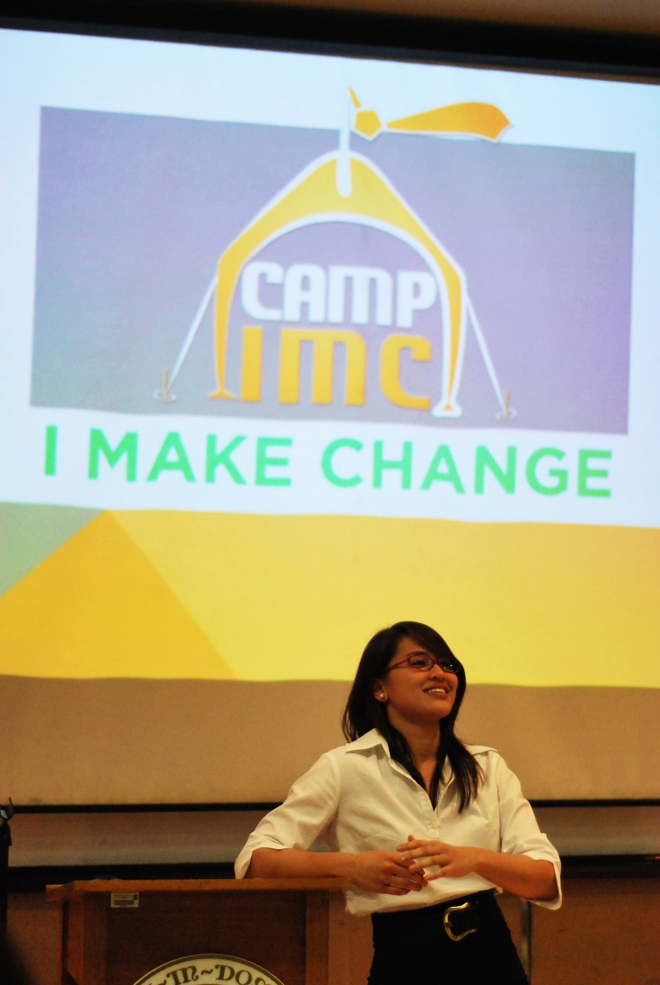 Anj Poe was there to be a supportive sister and she was providing information as well on the different communities mentioned in the cases. The brainstorming was a bit difficult considering the time allotted…only around 3 hours. Crazy, right? But fun nonetheless. I was with Trisha, Maia, Jeff and Josh. We got to meet our mentor, SOM Week Project Head SY10-11, Dani Eleazar, after dinner. She was really helpful and insightful. No wonder she’s a mentor! Haha! All the teams presented their pitches and while the scores were being tallied. Kit and his friend sang some songs. Really cool actually!

It was revealed after their intermission that our group won first place. Really happy, actually! Sucks though I don’t have any group picture in my camera. So you might be wondering what our group was tasked to make an IMC campaign for…well, simple, really (or rather, not THAT simple). doy bags!

They’re cute, actually! They are bags made by housewives from GK Sunshine Ville. They receive Zesto misprint juice pack things, cut them up, weave them and do other cute stuff to produce these fun stuff. They are really durable and quite sleek! 🙂

More Than A Series of Talks