One of the things I enjoy doing when I go to Singapore is to do a “coffeeshop hop”. What does that mean, exactly? Simply, explore the coffee scene in the city. It was also a good exercise on getting my shutterbug mode on, which I have been missing so much. It’s been a while since I last took out my camera for a spin.

I went to Singapore recently (January 18 to 23), and I was able to go to several coffee shops while I was there. Most of them, I was able to document, but there were some instances when I’d just take a cup for takeaway. The first one I went to was all the way in Holland Village–d’Good Cafe.

Situated just a few steps away from the Holland Village MRT station exit, d’Good Cafe is a bit hidden if you don’t keep an eye out on the coffeeshop. How would you know if you’ve finally found it? Simple: just look for the narrow door, with the equally narrow stairs. 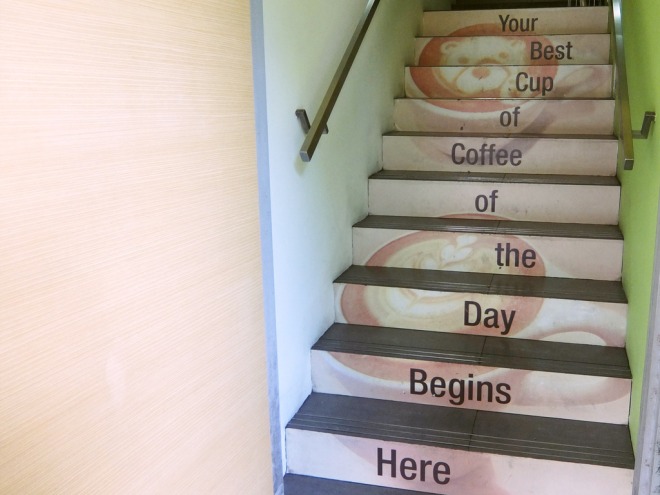 After the flight of stairs, you’d find yourself in an area which diverges to three different areas which the café calls, “The Bar”, “The Lawn” and “The Attic”. I heard their balcony has a spectacular view of the area, but I didn’t check it out anymore because I was too hungry, and when I finished eating, the rain was just too strong.

One places their orders at The Bar area which has a bit of a rustic feel. I like! The space is aptly called as such because one could get to interact with the baristas as they enjoy their meals and drinks.

I wanted to have alone time so I went to The Lawn area. You can’t see it in the photo below because the sun was just too harsh that day, but you should be able to see the swing close to the window. The floor of that area has a carpet which mimics the feel of grass. So, one could take their shoes off, and just enjoy the vibe without any judgment. That part of the dining area also gives a good view of the area. 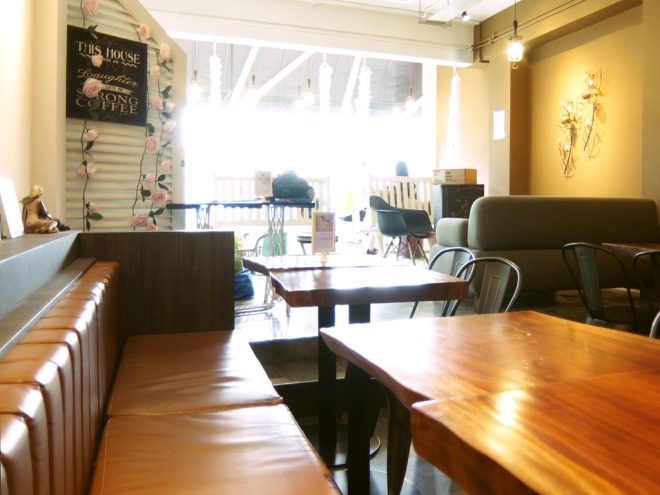 I wasn’t able to check out The Attic because there were a lot of people who suddenly went up and stayed there. I could only imagine it’s also comfortable there, and the view even more amazing.

Selecting what to drink was easy. I knew I wanted cold brew because the heat was piercing in Singapore that day. d’Good Cafe offers three types: d’White, d’Black and d’Unknown. And, you guessed it right, I got the third one. The barista explained to me that their concoction for it is different everytime. For that day, it tasted like mocha with a great punch of caffeine. I was right–sort of. Apparently, they used different beans, different brewing methods, and just combined everything; putting some dark chocolate to balance the taste. Sounded weird, but I liked it.

I heard one of their best-sellers is their Black Pepper Beef Salad. I’m not much a fan of salads, but I knew I wanted to eat something light. What did I get? Black Pepper Beef Sandwich–which had tomatoes and some lettuce. I’d like to think that’s pretty much like the salad, but with ciabatta. 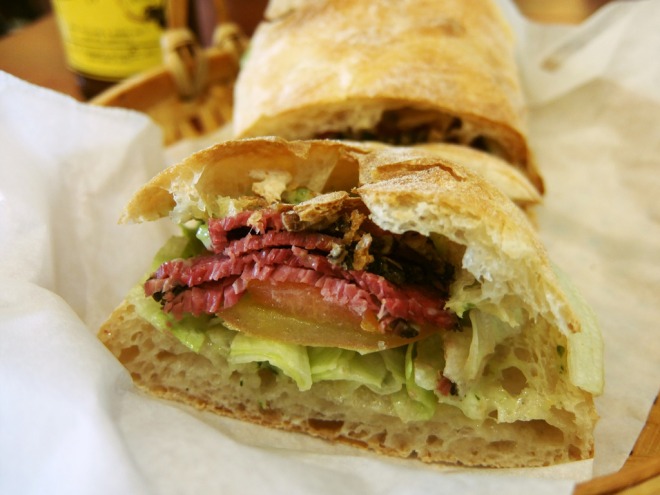 The Dijon mustard they use has just the right kick of spice, which doesn’t make the sandwich taste too strong. Again, it’s a black pepper sandwich, so the tender slices of beef have that peppery crust, which I actually like. The ciabatta was crispy on the outside, but pretty soft and chewy on the inside. The verdict: I like! I would’ve ordered another one for takeaway, but I was pretty full.

I would certainly go back to d’Good Cafe not only because it’s the easiest coffee shop to find for non-locals, but because the ambience was also nice. Very much cozy, has hints of quirkiness, and a bit of rustic vibe. I would also love to taste all of their d’Unknown brews as well!