While I have noticed that peers and tourists gravitate towards the murals in Haji Lane when in the Kampong Glam area, I have not really seen anyone slow down and enjoy a cup and meal in Artistry.

Hard to miss as it’s located just along Jalan Pinang, the cafe proves to be an intersecting point for coffee enthusiasts, creative minds and foodies. Artistry is a space which celebrates emerging talents allowing their quaint space to be filled with pieces of different artists, giving them exposure to locals, travellers and tourists.

When I was in Singapore, the hybrid cafe hung works of a French photographer, Clotilde Richalet Szuch. The exhibit (for a lack of a better term), dubbed “Women by a Woman”, featured different women the artist have encountered during her travels in Southeast Asia. 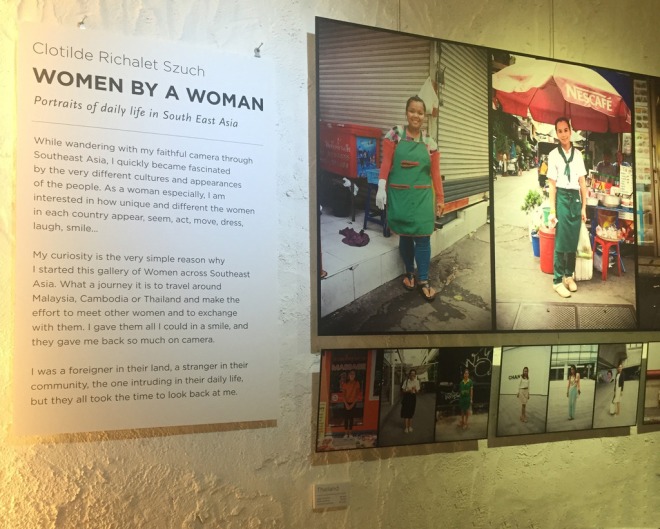 The place gets filled with people easily given its popularity among locals–and because of the limited seating capacity inside. I don’t mind though. The intimate set-up suits well with its identity. TIP: If you want to have comfortable seats, arrive early! 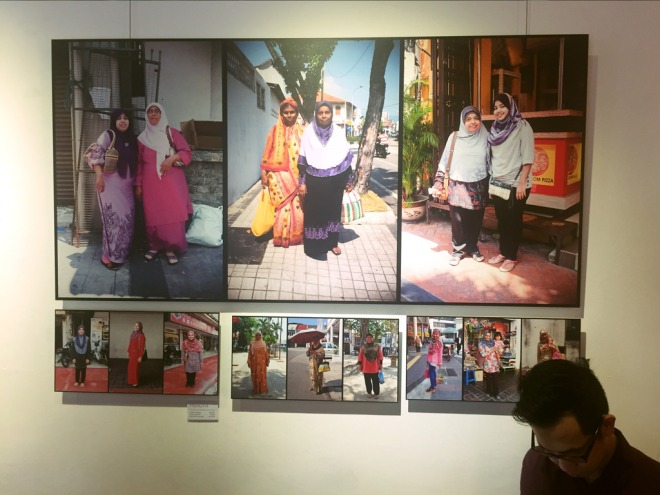 Seating is also available outside. The artwork by the walls were really cute. And if you stood directly in front of the tables, it would look as if the characters were seated along your table. Quite quirky.

Artistry is known for their Crab Burger, PB & J Toast, Potato Hash & Scrambled Eggs, and their Duck Confit Linguine. I would have wanted to try the first two, but when my brother and I arrived to dine, they already finished all the servings for those dishes. And between potato and eggs, and duck confit pasta, it made more sense to go for the latter if I wanted to be full. 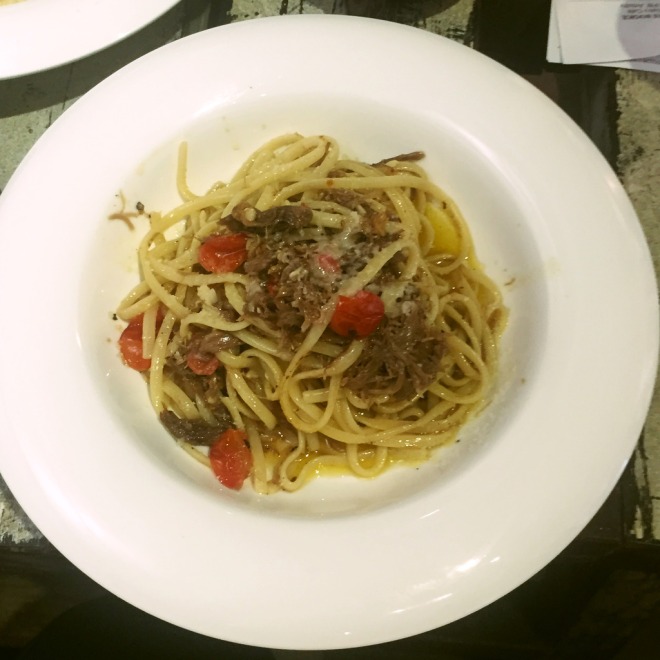 Apologies the photo doesn’t do justice at all on how amazing the pasta was. It was flavorful, filling, and had the right serving size. It had enough sauce as well, which made me regret not ordering a slice of toast on the side. The iced mocha was good, although I wish it had bigger serving. Nonetheless, the dark chocolate they used was rich. I like! 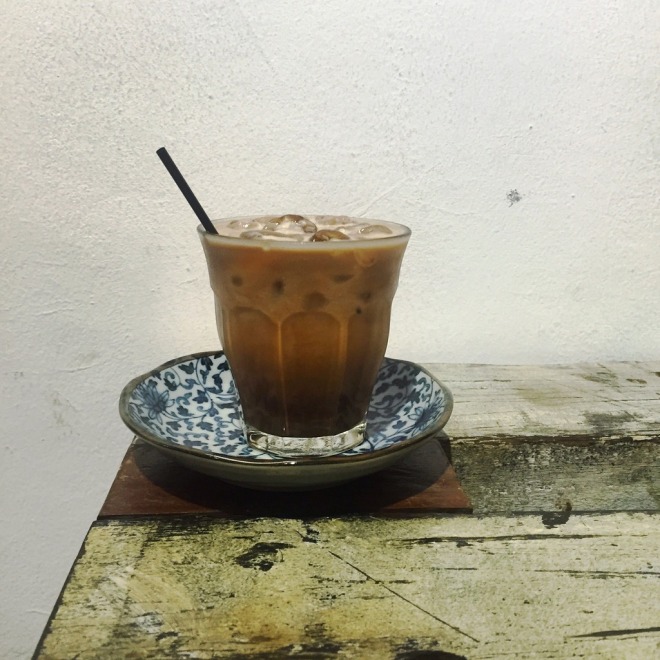